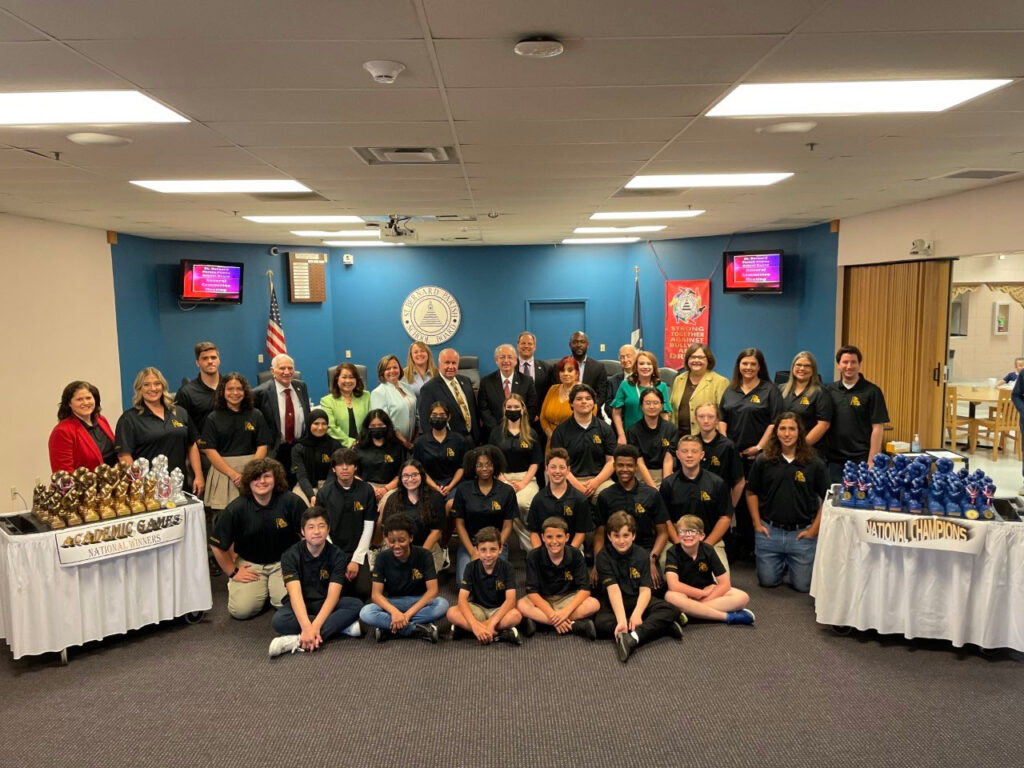 The St. Bernard Parish’s Academic Games Team brought home a bevy of awards after competing in this year’s national tournament in Knoxville, Tennessee, highlighted by the National Championship Gold Thinker Award in Presidents won by the district’s Junior Division Team. Chalmette Refining is proud to sponsor Academic Games through its yearly grant of $15,000.

A “Thinker” is the highest award given at this elite competition which pits some of the brightest students in the country against each other in a series of brain games requiring the use of higher-order thinking skills. In addition to the national championship, other awards of merit include the National Runner-Up Team Thinker Award in Presidents for the Elementary Division and two top individual awards for 11th grader Selina Li, who took home the National Runner-Up Silver Thinker Award for a Perfect Score in Equations and a Perfect Score Medal in Onsets for the Junior Division.

Superintendent Doris Voitier, a former player and coach, said these games are near and dear to her heart. “Academic Games challenges students from across the nation in the areas of language arts, English, history, and mathematics,” she said. “Thousands compete for a spot on the national teams and this year, our group did an amazing job. We couldn’t be more proud of the players and the coaches for their well-deserved success.”